GEORGIAN WINE"Georgia: the cradle of wine." It is under such a trademark that half a century ago Georgian wines came to the European market. Such an eloquent title is not at…

KAVISTCavist is one of the rarest "wine" professions. Did not hear? Let's introduce ourselves. KAVIST The workplace of a professional cavist is often wine boutiques or alcohol departments in large…

FEATURES OF STORAGE WINENot all of us have a personal wine cellar at our disposal, which is an ideal place to store wine for a long time, or a closet with the ability…

Calvet – affordable luxury of French winemaking. Today Calvet brand wines (over 40 types) can be bought in 100 countries around the world, including in Kazakhstan. 70% of the total produced wine, which is 10 million bottles annually, is exported. All over the world, Calvet wines are valued for decent quality and multi-faceted taste, combined with a democratic price.

WINE BRAND CALVET
And the story of the creation of the successful company “Calvet” began in 1818 in the valley of the Rhone River, when the future “father” of the brand Jean-Marie Calvet is taken to work on parent vineyards in the town of Tain L’Hermitage. Winemaking for him was not just work, but passion and inspiration, so success did not take long to wait.

In 1823, the central region of Bordeaux, the first wine trade center of the brand Calvet opened, and after a few more years, every prestigious wine-growing region of France could boast of such a center.

1870, Octave Calvet takes up the construction of a large-scale project – the Calvet Castle in the Medoc region. The building was magnificent not only outside, but also inside – 16 thousand square meters were allotted for wine cellars. By the way, the territory of the company in the development process of the company has repeatedly expanded.

1920, Calvet Jean proposes to add a bottle of wine with a personalized sign that would talk about product quality, and the design of the bottle will make it recognizable. Thus, in 1920, a “mark” of the company appeared – an eagle symbolizing strength, perseverance and striving for new heights. Jean cared not only about the appearance, but also about its contents. In 1930, he opened a laboratory, the purpose of which was to study the drink and its production processes from a scientific point of view. With the opening of the laboratory, strict quality control is carried out at all the company’s plants.

In 1882, the company was part of the Whitbread Group, and later belonged to Allied Domecq. In 2007, Calvet became part of the financial giant Les Grands Chais de France.

Each winemaking company has its own laws, traditions and secrets of production, “Kalvet” is not an exception. Here, strictly follow a certain set of rules, by the way, these are the 40 main provisions governing the key stages of production. For example, blending and aging of the drink is made only in the immediate location of the company. For aging, which lasts at least six months (usually 1 year), French oak barrels can be used. Future fine Calvet wines must pass control tastings (up to 11 times). It may be difficult, but these rules allow you to create masterpieces.

The story of the company would not be complete if not to tell about the leading enologist of the House of Kalvet – Spanish Paz Espejo. She is a real fan of her work, a biologist, possessing not only an academic degree from the University of Bordeaux, but also an incredible intuition. It was under the control of Paz that the best wines of the brand were made. Critics and experts call Pace the face of modern French winemaking. Cooperation House Calvet and Espejo breaks the “wine-making stereotype”: excellent wine can be inexpensive.

For its rich and long history of wine of this brand were awarded many awards, including the “gold» Wine and Spirit Competition 2003 for wine Calvet XF Sauvignon Blanc. About Calvet wines there is a mark in the best wine guide of France – Hachette.

Another pride of the company is Calvet Varietals line of fine drinks. These are single malt wines with a mild flavor, fresh aroma and an affordable price: Chardonnay, Sauvignon Blanc, Merlot and Cabernet Sauvignon, which today can be enjoyed in Kazakhstan. 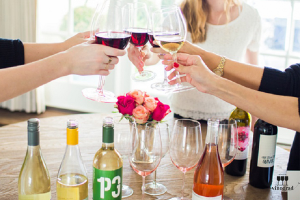 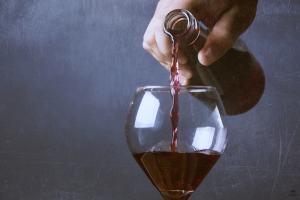