FRENCH WINES IN KAZAKHSTANNeither the absence of palm in the category “the origin of winemaking”, nor the bans on wine production did not prevent the French wines from taking a place among the…

HOW WILL YOU LEARN TO CORRECTLY TASTE WINE?If you do not take into account the work of professional tasters and critics whose purpose is to evaluate wine, wine tasting for the average person is a practical way… 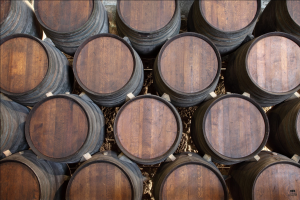 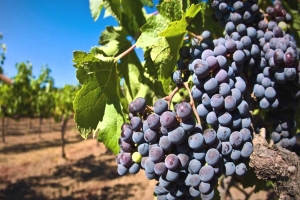 “Georgia: the cradle of wine.” It is under such a trademark that half a century ago Georgian wines came to the European market. Such an eloquent title is not at all a good marketing ploy, although it is nowhere without it. Georgian wines have such a history, which affects not only the period of “aging”, but also its traditions, technologies, and, of course, the special taste of the drink. But first things first.

THE HISTORY OF GEORGIAN WINE – A WAY LONG 8000 YEARS.
Wine archaeological finds (vessels, press), which were found on thGEORGIAN WINE, confirm the theory of the prescription of local winemaking. Georgians were true innovators in this craft. They developed special methods of producing local Georgian wines (Kakhetian, Imeretian, Kartlin), cultivated “their” varieties (now it is about 500), and used unusual kvevri (large earthenware jugs) to store wine.

WINE PRODUCTION
Today winemakers are proud of their drink, calling it special and unique. But are there any fundamental differences between Georgian wines and, for example, European wines? Of course. And it’s not just the grape varieties, the taste qualities of which depend on the climate, but also technological features. Not every wine-producing state can boast of its own production methods, Georgia-can. There are European, Kakhetian and Imeretian technologies. European. Crop is put in wooden containers and shifted with feet, the extracted grape juice is left to ferment. In the production of red wine with juice and leave the skin. This technology is understandable and familiar to the European consumer, but has no direct relationship with Georgian winemaking sources.

The Kakhetian method is another matter when the transferred berries (together with the skin, bones and branches) are transferred to Kvevri, which is buried in the ground. Wine languishes at a constant temperature of 14-15 degrees for 3-4 months. And after that, it is bottled for further storage and consumption. Georgian wines produced by this method have a special astringency and richness of taste.

Imeretin technology is a cross between Kakhetian and European. The grapes are crumpled together with the skin, but without branches, which makes it possible to produce a milder taste, and the storage period in kvevri does not exceed 2-3 months.

Speaking of Georgian wine, one can not fail to mention the unique way of producing semi-sweet wine. The grape harvest is harvested during the period of its highest sugar content, and the fermentation process occurs at a temperature of about 4-5 degrees. During this process, some of the sugar is “absorbed” by the yeast, which contributes to the production of a semi-sweet drink. Fermentation is stopped by cooling, not by the addition of alcohols. Georgian semi-sweet Khvanchkara is neither sparkling nor champagne, albeit with bubbles.

The center of Georgian winemaking, of course, is the Kakheti region. Kakheti – the center of winemaking. Approximately 65% ​​of all wine produced there. The main variety is red Saperavi.

Although the territory of Racha-Lechkhumi occupies a relatively small area, the variety of grape varieties is amazing. Racha-Lechkhumi is the “small” homeland of Khvanchkara.

The good climatic conditions of Kartli allowed not only to produce table Georgian wines, but also sparkling (“Antenuri”).

In the west of the country Imereti is located, where excellent white dry wines are produced using ancient technologies (Imeretinsky).

BEST GEORGIAN WINE
Although Georgian winemaking is deeply rooted in history, current production is still a “product” of the 20th century, when a new stage of revival began after the Soviet collapse, where the main requirements were not quality but quantity. This period was a strong blow to the reputation of the wine. It took winemakers several decades for Georgian wines to be perceived again as a true “drink of the gods.”

Several decades have passed since the moment of the “first acquaintance” of Kazakhstan with Georgian wines, but despite this the popularity of this drink remains high. Top 9 of the best Georgian wines on the wine shelves of Kazakhstan:

1. The undisputed and unchallenged leader – Kindzmarauli. Semi-sweet wine with rich color, balanced taste and a bouquet of ripe cherries.

2. The pride of Georgian winemaking “Tsinandali”. White elixir with a mild flavor and noble color.

3. Titled representative – “Khvanchkara.” Red “Khvanchkara” has repeatedly become the winner of international competitions, but the main reward is love among consumers. It has a velvety taste, in which raspberry notes are heard.

4. Red “Saperavi” is made from the same grape variety. The drink has a dark garnet color and a refreshing taste.

PINK WINERose wine is the perfect complement to any meal: whether it is a picnic on a hot summer day, a romantic date or a friendly chat. It will help create…