GEORGIAN WINE"Georgia: the cradle of wine." It is under such a trademark that half a century ago Georgian wines came to the European market. Such an eloquent title is not at…

RED WINE IN KAZAKHSTAN“Dry” terminology says that red wine is a drink made from dark grape varieties using a special technology that promotes the transfer of anthocyanins from the skin to the wort.…

HOW TO CHOOSE TEMPLATESChablis - a bright, direct and understandable wine with a taste of citrus and delicate cream and, at the same time, soft. While drinking this wine, the taste of the…

Wine auctions or a bottle of wine for the price of a luxury car. For “hunters” for antiques, an auction is a great opportunity to purchase the desired lot (paintings, jewelry, cars), for wine collectors it is an opportunity to buy a bottle or a whole collection of elite wine.

Earlier, auctions were held exclusively in countries where the culture of winemaking was well formed (France, Germany); today, demand plays an important role in the organization. So Hong Kong is considered to be the modern center of trade in elite wine, and certainly not the Old World, where the demand for “auction lots” has significantly decreased.

Why do collectors sell their stocks?

The bulk of the range of wine auctions are private wine collections or a small percentage of wine houses. Sometimes you wonder why, collectors who, with such trepidation, bit by bit, if you can say so about bottles of wine, filled the shelves of their basements, already tomorrow “let them go under the hammer”. Such questions are asked only by those in whose basements there is no elite wine yet. In fact, the reasons for selling are clear and simple. The collections are so large that there is no place to store new acquisitions, and the auction makes it possible to free up space and earn money for new wines. Or maybe the collector decided to completely change the “direction”: to sell the collection of wines from the Champagne region, in order to concentrate all his strength on the wines of Burgundy.

By the way, the most titled wines of the world (France) and at auctions occupy the first step of leadership: Bordeaux, Burgundy, Champagne and the Rhone Valley. For this “four” hunt many experts.

One of the features of wine auctions is territorial affiliation, i.e. German wines predominate in Germany, and American winemaking is leading in the USA.

German auctions differ not only in the abundance of local lots, but also in the way they are conducted. First, it sells products directly from the manufacturer, and not from the basement of a private collector. And, secondly, here the sale is carried out not one bottle, but in whole batches.

Among the lots in the Spanish wine auction there is no special abundance of brands, the main farms are Alvaro Palacios, Dominio de Pingus and Artadi. But sometimes valuable samples of Australian (Penfold’s Grange) and South African winemaking (Nederburg Edelkeur Noble Late Harvest, Vergelegen) are exhibited here.

Over the past years in Asia, the demand for vintage wine has been growing exponentially, the Chinese nouveau riche want to own not only elite cars, but also wines, over which time has no power. Every year, at an auction in China, new sales records are set, laying out millions of dollars for the wine collections. Since 2008, when Acker Merrall & Condit held the first wine auction in Hong Kong, the passion for elite wine has not abated. 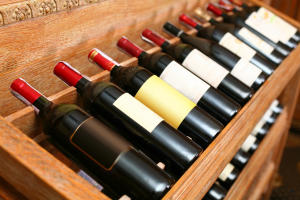