ITALIAN WINES: HISTORY, CLASSIFICATION AND BEST REPRESENTATIVES OF WINE FAMILY ITALYWhat can be compared with the abundance and variety of Italian cuisine? Only Italian wine. Countless varieties, tastes and shades can excite the imagination of even experienced tasters. Young and… 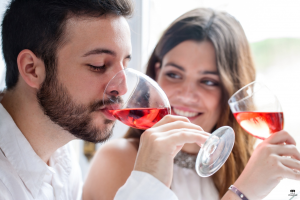 BEST WINE FESTIVALSThe air is saturated with intoxicating aromas of wines, incendiary music sounds in every corner of the city, and a good mood does not allow to fall asleep for a…

There is no error in this header. Luca Maroni, a leading Italian taster and sommelier, built an astounding career and, from 1989 to 2008, tasted some of the world’s best wines.

Born in Rome and receiving a degree in business and economics in 1986, Luca joins Luigi Veronelli and begins writing for L’Etichetta magazine. He also opens Ex Vinis, the first Italian newspaper dedicated to wine.

Later, in 1990, Luka opens the publicist company Lm, with which he gives life to The Taster of Wine, a magazine dedicated to wine and tasters.

Following the same course, in 1993, he publishes the first edition of the Annuario dei Vini Italiani, a specialized survey on enological research within the largest Italian wine companies.

In 1994, Luka completes his 5-year study to identify the links between the chemical and physical components of wine and its sensory functions: he manages to derive a formula for the chemical structure of the quality of wine. According to her, the three main organoleptic parameters that determine the pleasantness of the wine are: consistency, balance and integrity. The consistency is an ensemble of various substances that form the wine. The wine has a good consistency, when its rich taste, aroma and color are combined in a dense, viscous body.

Wine is considered balanced when the softness of its taste is equal to the sum of its acidity and its potential bitterness. And, finally, the taste of the wine is holistic only when it fully corresponds to the fruit from which the drink was obtained.

The following year, Maroni publishes “Degustare il Vino” (Wine Tasting) – a theoretical and practical guide to tasting any kind of wine. Moreover, in 1995 he wrote a note on “Wine Tasting” for the Italian encyclopedia Treccani. He will update this note in 2000 after conducting additional research.

In 1996, in the 30th issue of The Taster of Wine, Luka reveals the philosophy of fruit wines to readers, and also offers a methodology for assessing their quality. In the same year, the first edition of Guida dei Vini Italiani (Guide to Italian Wines) was published; this edition is destined to become annual. This year launched the career of Luke Maroni as a speaker. In his speeches and lectures, he introduced the privileged players in the wine industry with his own wine tasting techniques.

In 2000, the book “La Piacevolezza del Vino” (The Pleasure of Wine) was published, which set itself the goal of telling readers who are unfamiliar with the world of winemaking about wine tasting techniques. In the same year, Maroni launched the SensOnline portal, which combined more than 150,000 pages with information about wine and winemaking.

In March 2001, Luca released the first edition of the Guida dei Vini del Mondo. In the same month, he begins to lead a column in the weekly newspaper Il Mondo, and in November the publishing house Sperling & Kupfer publishes a new edition of La Piacevolezza del Vino. During the year, Luka collects a rich harvest of awards for his participation in the life of the enological-gastronomic society.

In 2003, at the request of the Cabinet of Ministers, Mr. Maroni writes a section on wine and food for publication under the title “Le Eccellenze Italiane” (“Italian Excellence”). In September of the same year, with the participation of publishing houses Sperling & Kupfer and Mondadori, he publishes the book Piacevolezza dell’Olio (Oil Pleasure), which describes innovative methods for assessing the quality of freshly pressed olive oils. Also, in 2003, Maroni began writing for his column in the weekly magazine “Panorama”. In addition, he is invited to participate in the program “Decanter” on Radio2 RAI as an expert.

In September 2004, his book “Conoscere il Vino” (Studying Wine) was published for the publishing house Fabbri Editori, in which he tells everything he knows about the production of wine and its storage methods. In October, his Guide ai Vini Italiani più piacevoli, convenienti e reperibili (Guide to the best quality, affordable and always affordable Italian wines) for the weekly Oggi goes to print.

In 2005, Onions wrote a 5-volume volume about wine for the daily newspaper Corriere della Sera, which was sold along with the newspaper and sold 1 million copies, setting a record for all the works devoted to wine.

In 2008, Luca Maroni went to New York, where he presented to the public the Guide of the Top 500 Italian Wines (Guide of the 500 Best Italian Wines) during a demonstration tasting at the Helen Mills Theater.

ELITE ALCOHOL IN KAZAKHSTANOver the past few years, the alcohol market in Kazakhstan has undergone dramatic changes: our compatriots increasingly prefer elite alcohol with a rich history and unique traditions. The process of… 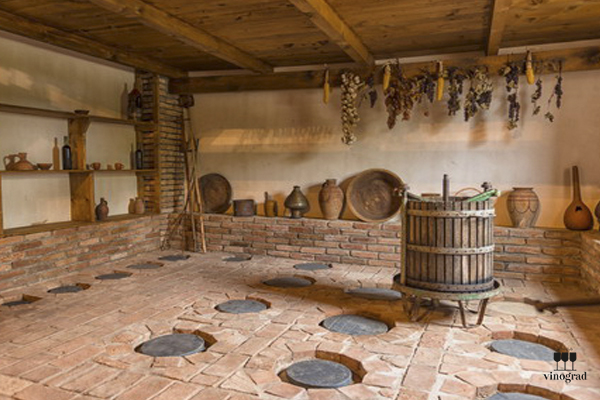